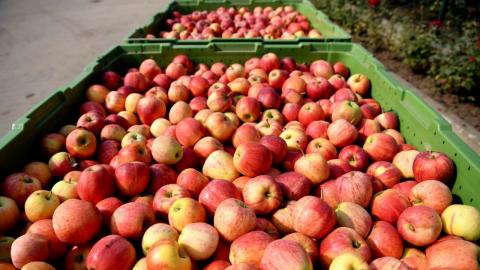 Its sources write that by mid-April this year, 50-70,000 tons of last year's harvest remained in the storage of producers and traders.

In recent years, Moldovan apple exporters invested in big refrigerators to store their crops and sell the merchandise depending on the best global price.

Prices are higher now for Moldovan producers, with an average of $ 0.03-0.05 per kilogram, due to the exchange rate between the Moldovan leu and the US dollar.

The delay in the arrival of early berries and vegetables, due to the cold spring, has also pushed up the global price for apples.

Fruit is big business for Moldova. The country is in the top 10 apple exporters in the world, ranking 9th with exports of 185,000 tons in 2020 according to statista.com

But the actual export volume, according to experts, could be higher than the statistical data suggest. Global Trade Mag said Moldova exported about 255,000 tons of apples in 2020, meaning it ranked 8th in the world.

Moldovan exports could be even higher, but a commercial embargo on Moldovan products imposed by Russia since 2013 has hit exports to that country.