Disputed Non-Paper is Stirring Dangerous Dreams in the Balkans 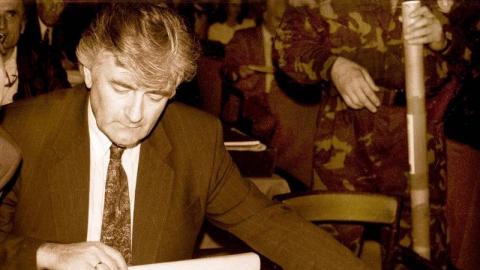 The latest discussions about territorial reorganization in the Balkans have shaken the region, once again underlining its deep ethnic and political divisions and unresolved tensions.

In these debates - triggered by last week's publication of a non-paper, allegedly produced and/or distributed by the Slovenian Prime Minister Janez Jansa - regional leaders and their affiliated media and intellectuals have focused on trading blame, and on quarrelling about whether such changes could be achieved peacefully or not.

Some have used the opportunity to blame EU capitals for allowing what seems to be the final disappearance of the region's enlargement perspective.

Most, however, have ignored the fact that it is the Balkans' deepening crisis, as well as the hypocrisy and corruption of local politicians across the region, that have weakened local societies and undermined their institutions, mechanisms and perspectives.

The "non-paper" identified Bosnia and Herzegovina as the biggest problem in the region, declaring that its EU perspective was "fully excluded," and proposing solutions including its peaceful dissolution.

It allegedly suggested that parts of Bosnia, but possibly also of North Macedonia and Montenegro, would become parts of a greater Croatia and a greater Serbia, that Albania and Kosovo merge into greater Albania, and the subsequent acceleration of the EU enlargement process for the newly established nation states [Croatia is already a member].

In a situation where neither local nor international actors have a clue about what to do with Balkan maladies anymore, the controversial "non-paper" seems only the latest in a series of tests of the readiness of regional leaders to consider alternatives, such as territorial...