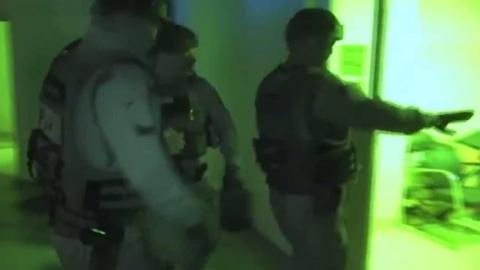 Kascelan, 58, is listed in Montenegro police records as one of the leaders of the drug gang based in the Montenegrin town of Kotor. But in 2019 such claims or any involvement in drug trafficking.

On Wednesday, Deputy Prime Minister Dritan Abazovic confirmed the arrest, hailing it as one of the biggest successes of the police in Montenegro in a decade.

"We are dealing with criminal groups with regional influence. Montenegro will deal with organised crime … We promise that organised crime will not rule this country," Abazovic told the media.

The gang has been involved in a six-year-long war with the rival Skaljari gang, also from Kotor. At least 40 people have been killed in Montenegro, Serbia, Austria and Greece as part of the conflict.

The Kavac and Skaljari gangs take their names from the neighbourhoods of Kotor, a medieval town of some 20,000 inhabitants in Montenegro's Boka Bay. The Kavac-Skaljari conflict started in 2015, after 300 kilos of cocaine vanished from an apartment in Valencia, Spain, in 2014.

In May 2017, the Special State Prosecutor's Office charged Kascelan with organising a criminal group involved in criminal acts of extortion - loan sharking, illegal possession of weapons, sale of drugs, enabling the use of narcotics, giving bribes, serious crimes against public safety and money laundering.

In December 2018, he was arrested in the Czech Republic, under a red wanted notice issued by Interpol Podgorica. Police said he was wanted for criminal prosecution in Montenegro on suspicion of attempted murder, creation of a criminal organisation and loan sharking.

But the Higher Court in Podgorica released him...