BIRN Fact-Check: Is the Bosnian Serb Report on the Sarajevo Siege Accurate? 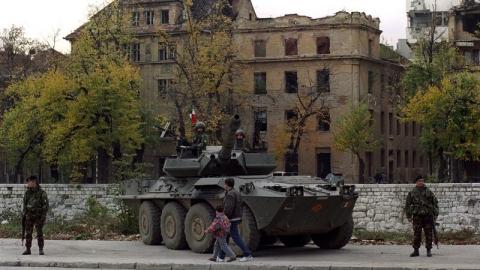 The commission was founded as an attempt to "offer a more balanced depiction of the events in Sarajevo based on facts", the report says. It was chaired by Israeli historian and writer Raphael Israeli, a professor at the Hebrew University of Jerusalem.

One chapter focuses on the suffering of Serbs in Sarajevo during the war, but the rest of the report consists of chapters about the historical context in Bosnia and Herzegovina and the role played by the media and by radical Islam in the war, among other subjects.

When the commission was established in 2019, lawyers and experts in transitional justice expressed concerns that it could be misused to present a biased view of wartime events, downplaying crimes against Bosniaks and Croats.

BIRN analysed some of the key sections in the report to assess whether it corresponds to judicially-established facts, and found that it ignored many findings established in court cases and verdicts at the ICTY and at courts in Bosnia and Herzegovina and elsewhere in the region.

Was it really a siege?

Containers of supplies at Sarajevo Airport after arriving from the EU as the siege continues, February 1995. Photo: EPA/FEHIM DEMIR.

From April 5, 1992 to February 29, 1996, Bosnian Serb forces encircled Sarajevo in what would become known as the longest siege of a capital city in the history of modern warfare. Some 10,000 civilians were killed during the 44-month-long siege, mostly by snipers and shells fired from mountains above the city.

But the Commission insisted that Sarajevo was not actually besieged, only blockaded, as humanitarian aid was "allowed into the city" by the Bosnian Serb Army and there was no starvation.

However, the ICTY's verdicts, including the one that...