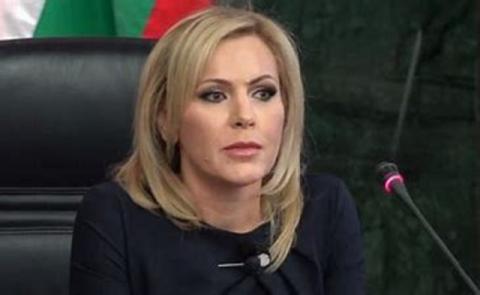 The prosecutor's office compared four cases of blasts in ammunition depots in Bulgaria where similarity in incidents was noted. They've happened in the last 10 years, spokesperson of the Prosecutor General, Siyka Mileva, told a briefing on Wednesday.

The first incident is from November 12, 2011 - explosion in a warehouse of "Emco" near the village of Dolni Dol. A significant amount of ammunition and explosives destined for Georgia's Ministry of Defense has been destroyed, Explained Siyka Mileva. The owner of the ammunitions is Emilian Gebrev.

The second case is from 2015, when a warehouse for finished products of VMZ-Sopot (a military complex enterprise)near the village of Iganovo was blown up. Some of the destroyed weaponry also owned by Emco.

In the third incident happened in 2015: a workshop of VMZ-Sopot in Iganovo was blown up. On May 31 of that year, a fire broke out in the building of the former Institute of Special Equipment in Sofia. The site is under investigation in other pre-trial proceedings. As a result of the fire, the material evidence seized in the case of the blasts in warehouses of VMZ-Sopot in Iganovo burned down.

According to the conclusion of the fire and technical expert inspection, the fire did not occur as a result of self-ignition.

The fourth case is from 2020 - a blast in a warehouse at the Arsenal defence plant in Maglizh. Siyka Mileva stressed that this is a strategic object for our national security.