Former Bulgarian Ambassador to US: We Should Take Firmer Stand on Russia 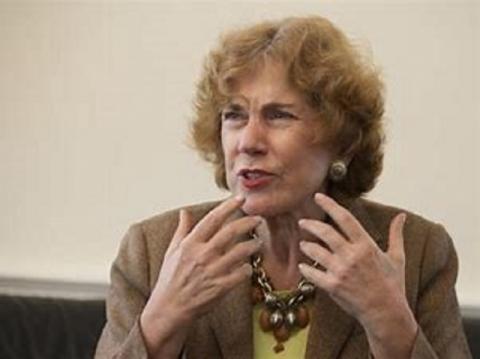 Even after the recent spy scandals the response of the Bulgarian authorities remains evasive and shy. The expulsion of a Russian diplomat is a standard reaction and Elena Poptodorova is still waiting for follow-up move of the Foreign Ministry and the government. In the BNT studio, she recalled that even after the revelations following the "Skripal" affair, Bulgaria remained the only country that did not expel Russian diplomats having in mind a total of about 160 diplomats expelled from the Member States and the West.

How many morevictims must there before the Bulgarian land is protected from such encroachements, Poptodorova asks and reminds that other blasts have occurred in Bulgaria during this period, including those with casulaties, such as that at the ammunition depot at Petolachkata, which no one is talking about. It is not known if there is any investigation into the case at all and what its conclusions are.

Elena Poptodorova reminded that it was when Belingcat revealed that the GRU agents were involved in thecoup attempt in Montenegro and it was hatched on Bulgarian territory, an agreement was concluded between the Bulgarian and Russian prosecutors' offices, even though Navalny's fund came up with information exposing the sons of the Russian Prosecutor General Chaika.

Poptodorova is disappointed that for decades on end we are  still witnessing a torturous process of emancipation of the national consciousness from the long-cultivated and uncritical belief that Russia is the ultimate good. Touching is the naivety of some politicians who believe they can find with Russia a common plane based on Western values such as sovereignty and security.

In communicating with Russia there should be another filter, and it should be to base self...

Covid-19: Tests Are Going to Show if Indian Variant Can Beat Immunity after Vaccination

Chief Secretary of Ministry of Interior Has Been Dismissed

Over Third of Rose Plantations in Bulgaria Could Remain Unharvested