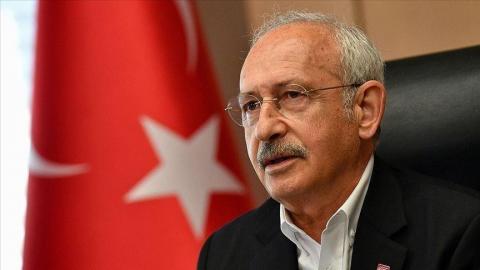 "This circular means: Democracy has been suspended in Turkey, the constitution has been suspended, rights and freedoms have been suspended," Kılıçdaroğlu told broadcaster KRT TV on May 1, referring to the publication of a circular by the directorate prohibiting citizens from shooting with mobile phones in social events.

"What do you mean, don't take pictures? Is it not my right to take photos? You issue a circular according to your mood," he stated.

Kılıçdaroğlu recalled that a police officer on duty in the United States knelt on the neck of an American citizen, eventually killing him, and a photo taken there helped his relatives to file a case.

"The most serious piece of evidence they had was that photograph," he added.

"You will not even have photos taken that will manifest justice" in Turkey because of the circular, the CHP leader said.

Meanwhile, Interior Minister Süleyman Soylu said the circular was not against the constitution.

Speaking to broadcaster CNN Türk, Soylu stated that the ban within the scope of the circular was not in question for the press.

Soylu stated that Kılıçdaroğlu did not read the circular and did not understand its essence. "Kılıçdaroğlu's view on this issue is his view of political perspective," he said.

Soylu said that the concept of the balance of freedom is of vital...