Bulgaria's Outgoing Premier Lashes out at Amendments to Election Code 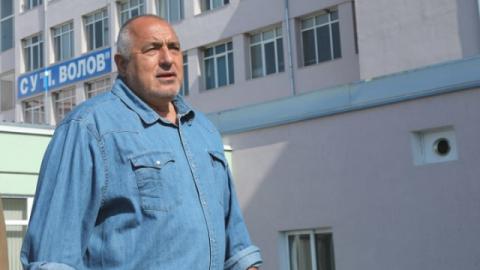 Outgoing Prime Minister and GERB leader Boyko Borissov Monday criticized the recent revisions to the electoral legislation, saying they were damaging to democracy.

The Election Code was amended conclusively at a nearly 14-hour debate on April 29, the last day before the Easter recess, and
the changes were promulgated on May 1.

Some of the amendments lift the limit of 35 voting sections for non-EU countries, reduce the number of CEC members from 18 now to 15, introduce video monitoring of the vote counting at the section election commissions, and provide for 100 per cent
machine voting in sections with more than 300 voters in Bulgaria  and abroad, with paper ballots used as an exception.

Borissov said the amendments were intended to place the Central Election Commission (CEC) in President Rumen Radev's hands.
"With [GERB power-sharing partner] VMRO failing to clear the 4 per cent electoral threshold, the MPs rushed to exclude the
parties represented in the European Parliament from the CEC," Borissov commented.

Borissov also objected to the introduction of video monitoring of the vote count "if possible". "Who will decide if this is
possible and on what grounds?" he asked.

He further said the April 4 parliamentary elections had cost 100 million leva. They were...

2/3 of Bulgarians Unlikely to Vaccinate, Western Europeans More Willing to Get Jab than Citizens of Eastern EU Countries

Covid-19: Tests Are Going to Show if Indian Variant Can Beat Immunity after Vaccination

Chief Secretary of Ministry of Interior Has Been Dismissed

Over Third of Rose Plantations in Bulgaria Could Remain Unharvested