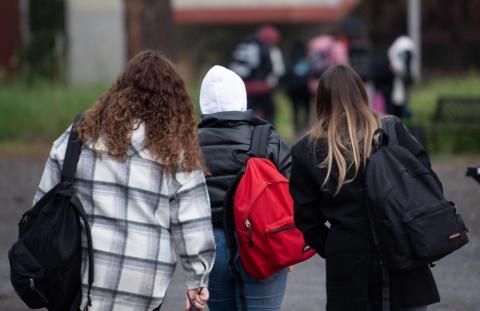 A survey of Croatian high school pupils showed that less than a third of the participants consider Croatia's World War II Nazi-allied state a fascist state and over half were either undecided or unwilling to give their opinion.

The findings come from the Zagreb Institute for Social Research, the NGO GONG and civic initiative GOOD, two university faculties and the Centre for Southeast European Studies at the University of Graz, Austria.

The survey on political literacy conducted on 1,122 high school seniors in March examined their political knowledge, propensity for prejudice and stereotypes, values, attitudes and media literacy.

Jelena Matic Bojic, of the Institute for Social Research, presenting the results on Monday, said the results were slighly better than those found several years go.

"Generally, the socio-political attitudes of young people in 2021 are somewhat more democratic than the 2015 survey showed," she said

The NDH puppet state, established and supported by Nazi Germany and Fascist Italy, existed from April 1941 to May 1945 and murdered tens of thousands of Serbs, Jews and Roma - the exact figure is disputed - in concentration camps.

Regarding the war for independence against former Yugoslavia in the 1990s, known as the Homeland war, a third of the questioned pupils said there is too much public talk about it, and about the same percentage disagreed.