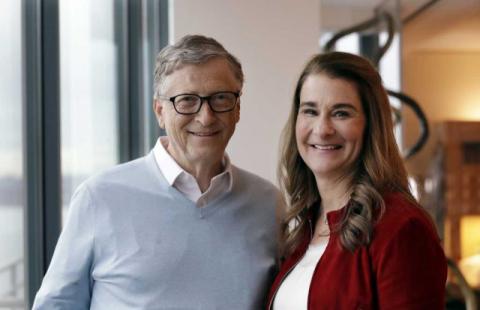 Bill Gates' wife, Melinda, began preparations for a divorce between the two in 2019, the Wall Street Journal writes. The newspaper cites well-known sources and documents according to which Ms. Gates contacted several law firms at once.

The two did not state the reason for the divorce. However, sources claim that Melinda, among other things, was worried about her husband's contacts with the late banker Jeffrey Epstein.

Representatives of the couple declined to comment on the reasons for the divorce so far.

As early as 2019, it became clear that the American billionaire Jeffrey Epstein, who died in prison and was accused of pedophilia, had met with Microsoft founder Bill Gates, which was not denied by Microsoft.

According to CNBC, Epstein has met with Gates at least once after serving his first sentence for using the "services" of a minor prostitute. Epstein sought to meet with Gates to discuss "ways to increase philanthropic spending."

Billionaire Jeffrey Epstein's cell has not been regularly monitored on the night he is believed to have committed suicide, a source said. CNBC sources say a meeting took place in 2013, when Gates was no longer CEO of Microsoft, but remained chairman of the technology giant.

Epstein spent 13 months in prison in 2008 and his criminal history is well known. After meeting Epstein in 2013, Gates flew one of his planes to meet his family in Palm Beach, the investigative journalism said, adding that the plane in question was not the infamous Lolita Express. of Epstein, used to traffic underage girls.

A Gates spokesman did not deny at the time that the tech billionaire had met the pedophile, but stressed that Epstein had never provided consulting services to Gates.