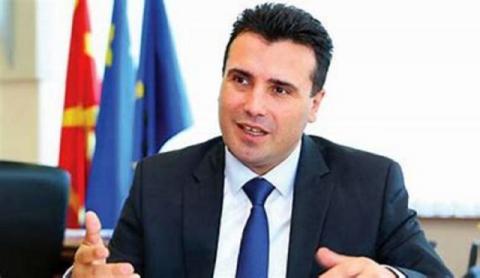 Zaev's meetings with senior European officials, accompanied by Deputy Prime Minister Nikola Dimitrov and Foreign Minister Bujar Osmani, are expected to discuss Macedonia's accession process to the European Union, the Bulgarian veto, and recent statements by the European Commissioner. Varheji said that it is possible to separate Skopje and Tirana on the European path.

Varheji, last week, first during a visit to Skopje, and then in a statement to Euronews, said that it was possible for Brussels to open accession talks only with Albania, if the Bulgarian veto remains and a mutually acceptable solution is not found between Macedonia and Bulgaria. . Varhei was denied by senior officials in Germany and Slovakia, who said the EU was not preparing to separate Macedonia and Albania. Berlin, Bratislava, but also Vienna and some other EU members are determined for Skopje and Tirana to start negotiations together.

Before leaving for Brussels, Prime Minister Zaev said that he expects the EU to reaffirm European values ​​and deliver what it promised for the implemented reforms in Northern Macedonia. In a statement for "Euronews" he said that the candidacy of S Macedonia is a test of the credibility of the European Union in the Western Balkans, on whether the EU will keep its promises.

In an interview with "Kathimerini", in the context of the Bulgarian blockade, Zaev stressed that...