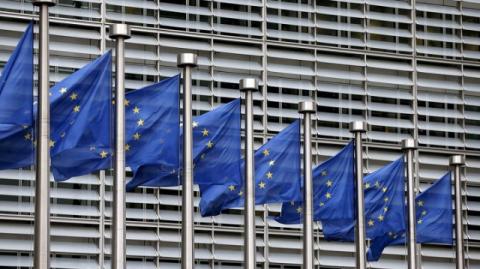 "North Macedonia has changed its name, has implemented tremendous reforms, and I think we have to be very cautious with the signals we are sending," the minister commented.

Bulgaria is currently blocking accession talks with North Macedonia on the basis of what Sofia sees as anti-Bulgarian policy by Skopje and attempts to steal Bulgarian history.

As North Macedonia and Albania are treated as a group by the EU Commission in their EU accession agenda, Albania has been indirectly affected by the Bulgarian veto. Putting Albania on a separate track would at least not unduly penalise this country.

Various Austrian MEPs from different parties also criticised the step to disassociate Skopje from Tirana. The head of the SPÖ delegation in the European Parliament, Andreas Schieder, rejected the idea and stated that "Várhelyi acts very clumsy" and that "nationalistic interest like the one of Bulgaria must not compromise a common European perspective for the region."

In a similar vein, conservative MEP Christian Sagartz from the ÖVP argued against a decoupling of the two Balkan countries, while Thomas Waitz of the Green party called Várhelyi's proposal "not constructive." He instead called on the European Commission to pressure Bulgaria to lift its current veto on the opening of accession negotiations with North Macedonia.

Bulgaria is currently in political crisis after attempts to form a government following the 4 April elections failed. President Rumen Radev is to appoint a...

WHO: The Pandemic is Far from Over

Gunther from "Friends" has Passed Away

Bulgaria: What are the Measures Needed to Get the Children back to School

Grace Period for the Introdution of a "Green Certificate" has expired. From Today Controls Begin