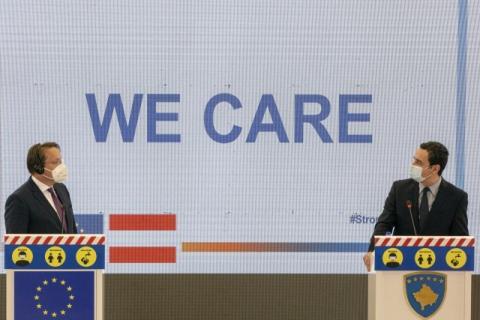 The main topic of discussion of yesterday's meeting in Brussels was, as EU High Representative Josep Borrell explained, the situation in the Western Balkans, explaining that the goal of the talks was how to engage the European Union more strongly in the region and offer a better, stronger European perspective for the region.
According to Jutarnji list, the meeting on the Western Balkans was convened on the Croatian initiative after the appearance of "non-paper", allegedly created by the Slovenian and Hungarian prime ministers, Janez Jansa and Viktor Orban, who proposed that Bosnia-Herzegovina disintegrate according to ethnic criteria.
Zagreb then, as it is stated, launched "praiseworthy diplomatic action, gained the support of five members, including Slovenia and Hungary, and distributed its 'non-paper' to the members, which is committed to the territorial preservation of Bosnia-Herzegovina".
That is understandable, as Jutarnji list further states, because the instability of Bosnia-Herzegovina is a strategic nightmare for Croatia and Serbia.

However, "Jutarnji list" states that the key problem for the EU is Serbia and the Kosovo issue. Serbia is the largest country in the region, with great impact in Bosnia-Herzegovina, Montenegro and North Macedonia.
Seven days ago, former Slovenian President Milan Kuan confirmed that Herman van Rompuy, the first president of the European Council, after handing him a document on the situation in Bosnia-Herzegovina ten years ago, replied: "The EU's attention - as long as there is no war - is focused on Serbia, Serbia should be trained and admitted to the EU as soon as possible so that it, as a regional power in the Balkans, can...