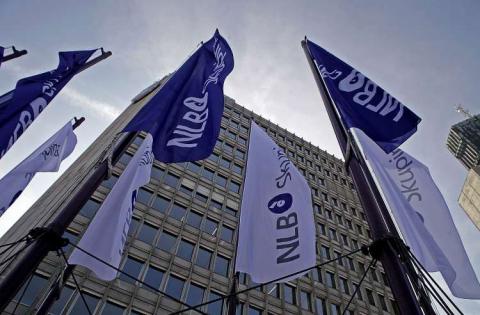 Brodnjak indicated the way forward for the banking group in an online presentation of the quarterly business report to investors and analysts on Wednesday.

The figures, released by the bank the day before, show group net profit rising 3.5-fold year-on-year to EUR 64.6 million in the first quarter as the parent bank’s increased to EUR 39.3 million from EUR 7.5 million a year ago.

Group net interest income was up by 26% to EUR 97.5 million and net fee and commission income increased by 27.6% to EUR 54.1 million, both of which were driven by Komercijalna Banka, whose acquisition from Serbia was completed late last year.

After better than expected quarterly results, Brodnjak was upbeat about semi-annual results as well, describing current operations as solid.

He spoke of major growth potential in the Serbian market, both in retail banking and lending to businesses and public players. He deems a double-digit growth in loans in the Serbian market realistic. The management expects Serbia to contribute at least EUR 100 million to the group’s bottom line in the future.

Once the integration of Komercijalna Banka has been successfully completed, expectedly at the end of 2021 or early in 2022, Brodnjak said they would start eyeing new takeover opportunities where the next market could be Albania.

At the same time NLB continues to hope for a political agreement between Slovenia and Croatia that would allow the bank to enter the Croatian market. This has been prevented by issues related to Yugoslav-era savings deposits.

Return on capital is to reach close to 10% this year and the NLB management insists the bank is able to pay out EUR 92.2 million in dividends this year or EUR 300 million in three years.