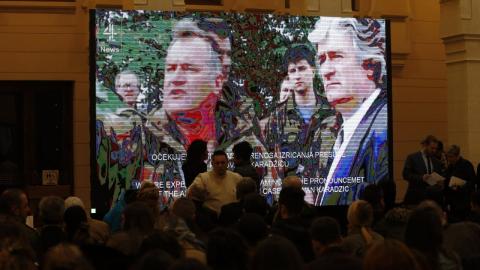 Lawmakers in the Republika Srpska National Assembly voted on Tuesday evening to reject a demand from High Representative Valentin Inzko, the international overseer of Bosnia's peace agreement, for people convicted of war crimes to be stripped of decorations awarded to them by the National Assembly in 2016.

In addition to rejecting the demand, lawmakers adopted a statement that declared that Inzko cannot have higher authority than Republika Srpska in any situation.

The statement also accused Inzko of overstepping the authority granted to him under the 1995 Dayton Peace Agreement.

It claimed that he has "illegally, unconstitutionally and without restrictions appropriated legislative, executive and judicial powers, violating basic human rights and international instruments for their protection using the so-called 'Bonn powers'".

The 'Bonn powers' allow the High Representative to over-ride nationalist politicians' obstruction of legislation if it is vital to maintaining the peace in Bosnia and Herzegovina. The last time that Inzko used them was 11 years ago.

Inzko sent a letter to the speaker of the Republika Srpska parliament earlier this year demanding that honours given to people convicted of war crimes be annulled by the end of April.

"Among those awarded were all former National Assembly speakers and members of Republika Srpska's first presidency, including Radovan Karadzic, Momcilo Krajisnik and Biljana Plavsic, whose actions shocked the world during the armed conflict and caused unimaginable human suffering," said the letter.

It also said that "the glorification of war criminals directly hurts and provokes those who suffered the consequences of the war and damages the memory of the victims".