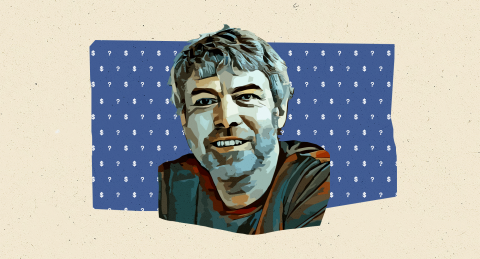 Sources say it was a kidnap threat against his family during a deal in Russia that sent Kellner into hiding. Before that, his story was much easier to read.

Kellner began gathering his economic and political clout in much the same way as his peers across the region - using smart but often sharp practices during the transition to capitalism.

Czechoslovakia's voucher privatisation was the biggest fraud of the 20th century, according to Milos Zeman, Czechia's wily and conniving president who appeared to have developed a close partnership with Kellner towards the end. However, the billionaire avoided the same odious reputation that the likes of Viktor Kozeny or Radovan Krejcir earned by short-changing thousands of people as shares in state companies were handed out.

Kellner is reported to have refrained from simply stealing the assets from naïve Czechs, although he still ended up with control of around 200 companies, which were consolidated into his Prvni privatizacni fond (PPF). He was also marked out by his swift realisation that his skills were transferrable. While his compatriots squabbled over the remaining crumbs at home, he quickly set out for Russia and beyond to perform similarly lucrative tricks.

It was a direction he maintained throughout the next three decades. When other Czechoslovak oligarchs - like Andrej Babis, now the Czech prime minister - sought to expand, they did so by sticking to the calmer waters of home and to the west. By contrast, PPF now sources the bulk of its profits in Russia and China - challenging environments demanding skilful navigation but offering huge rewards for those who succeed.

But now shorn of its pioneering founder, the giant PPF, which employs around...