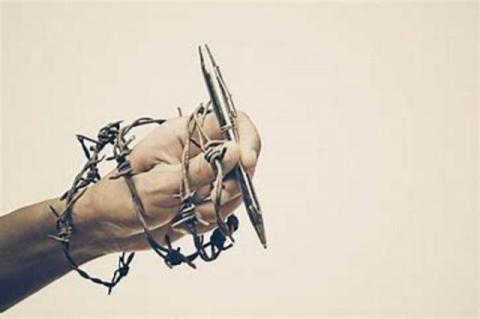 The decline in media freedom in the Balkans is eroding the European values of democracy and rule of law and creating a climate ripe for disinformation that is cultivating anti-EU and anti-Western sentiment across the region, writes Peter Horrocks.

Even if their purpose is not to offend, the EU's latest assessments of the candidate countries of the Western Balkans make sobering reading on the subject of media freedom.

Albania and North Macedonia qualify for the least criticism although they are both deemed only 'moderately prepared' in this area. By contrast, Montenegro registered no progress on freedom of expression against a background of arrests of editors and citizens for the posting of online content.

The report on Serbia takes comfort in the country's adoption of a new media strategy but notes the absence of any improvement in the overall environment for freedom of expression. It observes cautiously that threats, intimidation and violence against journalists 'remain a source of serious concern'.

The BBC World Service largely withdrew its services from the Balkans and Eastern Europe after the fall of the Berlin Wall in the belief that the advance of media freedom was irreversible. Sadly, that hasn't proved to be the case.

The problems described by the reports' authors extend across the region into some EU member states. Shockingly, Bulgaria ranks 112th out of 180 countries in the 2021 World Press Freedom Index of Reporters Without Borders. Hungary is in 92th place while Serbia is ranked 93rd.

In Bulgaria, attacks on journalists have been on the rise in an environment where voices critical of the government struggle to be heard. The Hungarian regulator decided last year not to renew the licence of the country's leading...