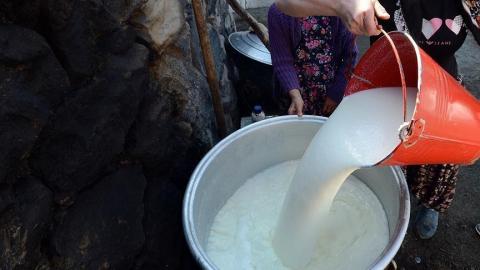 Turkey's cow milk production rose by 3.3 percent in the first quarter of this year compared to last year, the country's statistical authority revealed on May 12.

The amount of cow milk collected by the integrated dairies reached 2.6 million tons from January to March, TÜİK data showed.

Drinking milk production decreased 1.1 percent year-on-year to 418,884 tons in the first three months of this year.

The country made 192,137 tons of cheese in January-March, 97 percent of which was made from cow milk as the rest was produced from sheep, goat, buffalo and mixed milk.

According to the National Milk Council data, Turkey exported dairy products worth of $94.7 million in January-March, up from $90.8 million in the same period of last year.

China, Iraq and United Arab Emirates were the top export markets for Turkish dairy products in the first quarter of 2021.