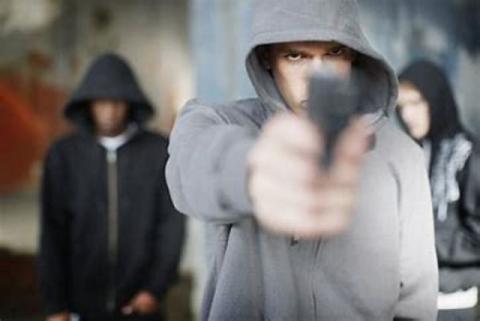 The gun rampage at a school in the city of Kazan has prompted President Vladimir Putin to order a tightening of Russia's gun controls.

A 19-year-old, Ilnaz Galyaviev, was detained and he is the suspected shooter. Seven children and two adults were killed. Dozens more were wounded and some are in critical condition.

A Russian MP says the weapon used was a semi-automatic shotgun - a type popular among hunters. Reports say Galyaviev had a licence for it. The gun is relatively cheap in Russia, costing upwards of 20,000 roubles (£190; $280).

The same type of gun was used by a teenager, who killed 20 people at a technical college in the city of Kerch in Russian-annexed Crimea in 2018, then shot himself.

School shootings are relatively rare in Russia, partly because there are strict gun ownership regulations. There are far more private gun owners in the US than in Russia. But this attack has highlighted weaknesses which Russian politicians are demanding be addressed.

The Kremlin says the Russian National Guard, a paramilitary state security force, must look into the status of weapons that can be registered for hunting in Russia but are considered assault weapons elsewhere.

In January 2020 the National Guard said about four million Russians were legal owners of 6.6 million firearms.

MP Anatoly Vyborny, a specialist in that area, called for a central online database to alert officials. He said it should show, for example, if police had reported a gun owner to be a drug addict or alcoholic.

There are also calls to raise the minimum age for licence-holders - currently it is 18.