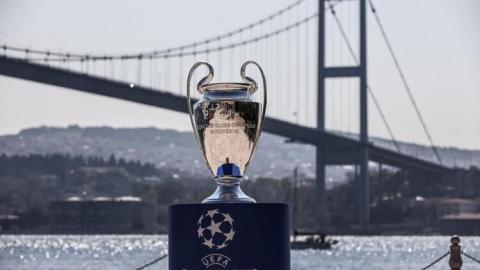 Istanbul will host the 2023 UEFA Champions League final as Turkey will mark the centenary of the republic's foundation in that year, Anadolu Agency learned on May 14.

A source in the Turkish Football Federation (TFF), who asked not to be named, said an official announcement in this regard is expected soon.

The tournament final was originally scheduled to be held in Munich's Allianz Arena, the home of Bayern Munich.

But, according to the source, the TFF and UEFA held talks after 2021 final moved from Istanbul to Portugal's Porto amid the coronavirus pandemic.

The parties also "reached" an agreement that the 2021 UEFA Super Cup in August will be organized in Istanbul.

Last September, UEFA said the Northern Irish capital Belfast was picked to be the host city of the 2021 Super Cup.

UEFA board is expected to announce the venue changes after its first meeting soon.