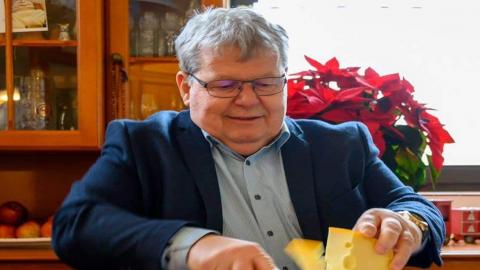 Balazs Furjes, state secretary for the development of Budapest, countered by pointing out that at least Orban speaks good English, while Karacsony still has to give interviews to the foreign media via an interpreter and cannot communicate with counterparts at international conferences due to a lack of basic language skills. "Interestingly, among the many differences, the one which was not highlighted by the English magazine is that one of them speaks English and the other does not," he noted.

Karacsony, who is expected to announce his candidacy for the post of prime minister should the joint opposition win the 2022 elections in the coming days, reacted by admitting that the prime minister's English is better, which is down to a George Soros-scholarship and a year he spent in England, but he is working on his English constantly. He added, slyly: "However, I do wish to catch up with the prime minister's newly acquired Chinese and Russian proficiency", alluding to the alarming shift in Hungary's foreign policy of late.

On more serious matters, Hungary finally submitted its recovery plan to Brussels on Wednesday, as part of efforts to get its chunk of the 750-billion-euro NextGenerationEU coronavirus recovery package. Given the deadline for these plans was April 30 and Orban's government had been insisting it would be among the first countries to hand in their proposals, the two-week delay suggests major disagreements behind the scenes.

Just before handing in the plan, the government-critical newspaper Népszava reported that the dinner that Orban attended two weeks ago in Brussels with European Commission President Ursula von der Leyen had been a disaster, with members of the EU task force for the recovery fund making it crystal clear to the...

How to Prepare for Vacation in Bulgaria?
Women's handball: Minaur Baia Mare applies for wildcard for Champions League
Slovenian EU presidency to lead dialogue based on second rule of law report