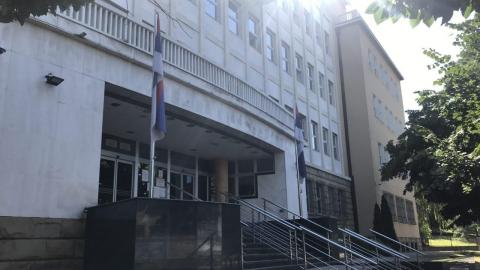 The Humanitarian Law Centre NGO said in a report published on Friday that the pandemic slowed down war crimes investigations and trials that were already taking too long to complete in Serbia.

A state of emergency was imposed in Serbia from March 15 to May 6 2020, and war crimes trials resumed at the end of May under special protective measures.

"However, hearings were repeatedly postponed in that period too, because witnesses failed to appear before the court, particularly those from [elsewhere in the former Yugoslavia], due to epidemic-related issues or the required isolation measures on returning from Serbia," the report says.

"Trials would also be postponed because some of the defendants and their defence counsel claimed they had COVID-19-like symptoms or were under mandatory isolation measures," it adds.

Humanitarian Law Centre director Ivana Zanic said at an online presentation of the report that during 2020, it was again demonstrated that Serbia's problems with war crimes prosecutions and trials are "longer-lasting than COVID".

Zanic said that the primary problem is that there are so few indictments.

The Prosecutor's Office for War Crimes issued seven indictments charging seven suspects, and Zanic pointed out that five of these cases were taken over from the judiciary in Bosnia and Herzegovina, not originated by the Serbian prosecution.

In 2020, Belgrade Higher Court handed down first-instance judgments in five cases, while Court of Appeal handed down...