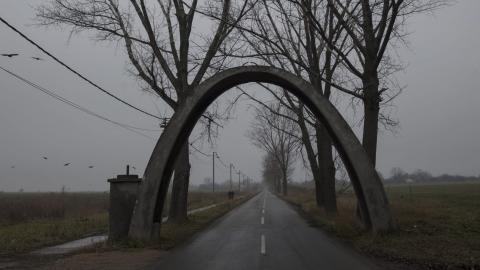 It was the morning of May 14, 1999 when Serbian forces rounded up Rexhe Kelmendi, his brother Dema and a few other relatives and neighbours in a house in the ethnic Albanian-populated village of Qyshk/Cuska.

At the time, the village, near the town of Peja/Pec in north-western Kosovo, was still part of Yugoslavia and war was raging between the Yugoslav Army and Serbian police on one side and the guerrillas of the Kosovo Liberation Army on the other.

NATO had launched air strikes to try to make Slobodan Milosevic end his campaign of repression against Kosovo Albanians, but in response, Milosevic's forces stepped up their offensive, surrounding villages, expelling and killing ethnic Albanians, looting their properties and burning them to the ground.

Kelmendi and the other villagers were held captive in the house with their hands behind their heads for more than an hour. When Serbian policeman ordered him to take some matches and set fire to the on fire with the captives inside, Kelmendi used the opportunity of being close to the window to jump out and run away into the nearby forest.

The others were killed and their bodies burned. In total, 44 people were killed that day in Qyshk/Cuska.

Since then, Kelmendi said that he and a few other survivors have been "waiting in vain for justice", hoping that the killers will finally be sent to prison.

He has testified five times in court in Belgrade in the case against 11 former members of 177th Yugoslav Army Intervention Squad. The trial initially commenced in 2010, but after more than a decade, there is still no end in sight to the proceedings.

Disruptions and delays to the trial have raised suspicions that this is part of a wider pattern of denial and obstruction intended to...

Brammertz: Mladic's final verdict "He sees himself as an officer carrying out orders"