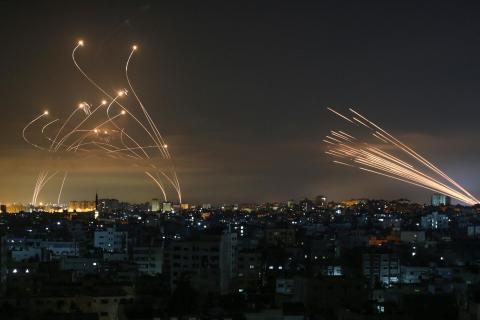 Turkey's presidential spokesperson urged the international community early on May 14 to prevent the escalation of Israel's aggression against the Palestinian people.

İbrahim Kalın said on Twitter that Israel's attacks on the Palestinian community "are against international law and basic morality" and "must come to an immediate end."

Noting that Turkey will keep supporting the Palestinians, he said: "We urge the world to take action now to stop the new waves of Israeli aggression."

Vice President Fuat Oktay on May 13 denounced Israeli aggression on the Al-Aqsa Mosque in occupied East Jerusalem and Palestinians, underlining that the city "is and will remain the capital of Palestine."

"We have Palestinian martyrs and brothers and sisters wailing under Israel's reckless attacks and persecution," he said.

"You drop bombs on vulnerable people. Then you go and make accusations claiming self-defense without feeling shame ... This is a shame upon humanity," he added.

"The world, especially Islamic countries, must take a common stance against [Israel's] attitudes, occupation and policies of cruelty that are against international law," Şentop said.