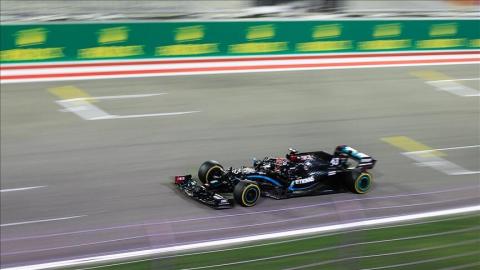 The Turkish Grand Prix in the 2021 Formula One World Championship scheduled for June has been canceled, it was announced on May 14.

"Formula 1 has provided an update on the 2021 race calendar, with new Covid-19 travel restrictions meaning it's no longer possible to race in Turkey on June 11-13," Formula One said in a statement.

"That weekend will now remain free, with the French Grand Prix moving a week earlier than originally planned to June 18-20 and the second race in Austria - the Styrian Grand Prix - added to the calendar on June 25-27. That creates a new France-Styria-Austria triple header, with the Austrian Grand Prix staying in its original July 2-4 slot."

There are 23 races planned for this season and four of them - Bahrain, Italian, Portuguese, and Spanish Grand Prix - have so far been held. The fifth round will be run in Monaco on May 23.

"We were all looking forward to racing in Turkey but the travel restrictions in place have meant we are not able to be there in June," said Formula 1 CEO Stefano Domenicali.

The Turkish Grand Prix returned in 2020 after a nine-year break. Mercedes' British driver Lewis Hamilton won the 2020 title with a first-place finish at the Intercity Istanbul Park last November.

This season, the Turkish Grand Prix replaced the Canadian Grand Prix for the pandemic.

Turkey is under a 17-day lockdown until May 17. On May 12, the U.K. added Turkey to its red list of travel destinations to stem the spread of coronavirus.