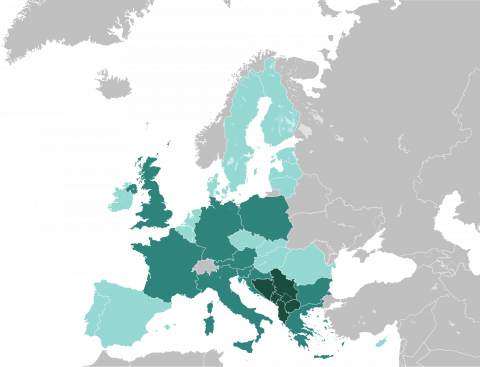 Brdo pri Kranju – President Borut Pahor will host on Monday a summit of the Brdo-Brijuni Process featuring his counterparts from Croatia, Albania, Montenegro, Kosovo, North Macedonia and Serbia and the presiding trio of Bosnia-Herzegovina. The meeting, marking a decade of the initiative, is designed to reaffirm committent to EU enlargement.

The leaders are expected to adopt a joint declaration sending a strong message about the importance of the enlargement process that must be faster and not focus only on individual countries but the entire Western Balkan region.

Ahead of the summit, Pahor held separate meetings with the presidents of all countries included in the initiative, which he deems the most important political initiative in the Western Balkan area.

“There has been a certain standstill in the commitment to enlarge the European Union, both on the side of the EU and on the side of the Western Balkan countries. My task is to find fresh ideas together,” he said ahead of the summit.

The Brdo-Brijuni Process summit had originally been planned for last year, to coincide with the 10th anniversary of the initiative, but had been postponed twice due to the coronavirus pandemic.