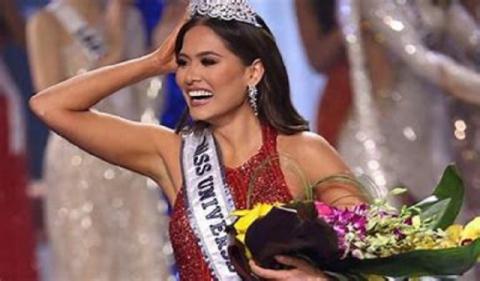 Andrea Meza has won Miss Universe 2021 after a tough competition with 73 other contestants in the world's top modeling competition. The Miss Mexico was crowned the 69th Miss Universe at Florida's Seminole Rock Hotel and Casino Hollywood.

The other top five contestants at the event were Miss India Adeline Castelino, who was considered a strong contender along with Miss Brazil, Miss Peru and Miss Dominican Republic.

The model with Hazel eyes has advanced to the top 21 and then the top ten, and finally, the top five at the beauty pageant to win the world's biggest modeling competition. Lastly, with the question and answer round of the beauty pageant, the 26-year-old model won the hearts of the judges.

Meza has also made history becoming the third Mexican Miss Universe from her country, the other two beauty queens being Lupita Jones and Ximena Navarrete who won the crown in 1991 and 2010 respectively.

Who is Andrea Meza? Apart from being a model, the new Miss Universe Andrea Meza from Mexico is also a software engineer. She is very vocal about gender disparities and gender violence. During the Miss Universe competition, the diva even made some hard-hitting statements.

Meza, 26, was born on August 13 in Chihuahua City of the northwestern Mexican state. She's the daughter of Alma Carmona and Santiago Meza and has two younger sisters. Her ancestry is Chinese. She completed her graduation in software engineering from the Autonomous University of Chihuahua in 2017.