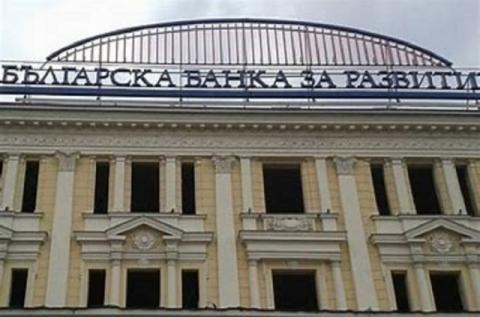 The Bulgarian Development Bank (BDB), which by law has to support small businesses, has granted loans worth of BGN 946 only to eight private companies. Four of them may be indirectly related to Delyan Peevski, announced in his first television interview caretaker Minister of Economy Kiril Petkov. He has appointed an ad hoc commission for public control of funds, as for the sake of transparency the in-depth audit will be carried out by the audit department of the Economy Ministry and the Financial Control Agency.

The largest loan in the history of the Bulgarian Development Bank amounts to BGN 150 million. Here's how the economist and co-chair of the Green Movement Vladislav Panev commented on this case:

"Information from the Commercial Register on the largest loan in the history of the Bulgarian Development Bank. The Company "Roadway Construction" owes nearly BGN 150 million spent on purchasing "Patstroyengineering" JSC, based in a village near Momchilgrad.

That BGN150 million is paid to the previous owner of Bio Mining company - Rumen Gaitanski the Wolf. According to the state authorities, the same Bio Mining is building on the territory of the State Hunting Farm "Iskar" (where we have been waiting for months for Mayor Fandakova to issue a demolition order).

The loan is quite advantageous, not because of the interest rate of at least 3.75 percent. But because the contribution on the principal for 2020 is only BGN 170,000. Just over 0.1% of the total. The vast majority of payments are likely to be invisioned by the maturity date in 2029. By then, as the proverb goes, there's many a slip between the cup and the lip.

Otherwise, the debtor Roadway is in the red to the tune of BGN 3.4 million for 2019.