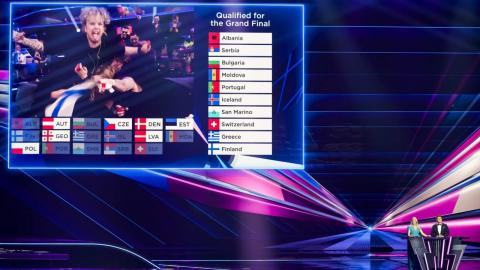 Peristeri's song, Karma, is a ballad with traditional Albanian musical elements mixed with modern ones. in the song, a woman blames herself for how her life turned out to be. The artist had no back-up dancers on stage, which was considered appropriate by viewers.

Hurricane from Serbia is a group of three women who initially met in the Caribbean in 2017. Their song, Loco Loco, is a club song, paying energetic tribute to playfulness. The trio performed a choreography while singing live, which impressed many Eurovision fans.

Victoria from Bulgaria brought a message about maturity with her song, Growing Up Is Getting Old. The song describes "a journey to self-improvement by revisiting your roots and the places you feel safe", as the Eurovision official site explained. Victoria had a photo of her and her father on stage that touched many viewers.

Stefania, a Greek-Dutch singer, is the youngest competitor in Eurovision this year, only 18 years old. She impressed the audience with her song Last Dance, which she performed with back-up dancers and the assistance of an innovative background.

The Eurovision Song Contest this year is being held in Rotterdam, the Netherlands, after Dutch singer Duncan Laurence won the Eurovision 2019, with his song Arcade. The event was canceled in 2020 due to the...