William and Harry hit out at BBC over ’deceitful’ Diana interview 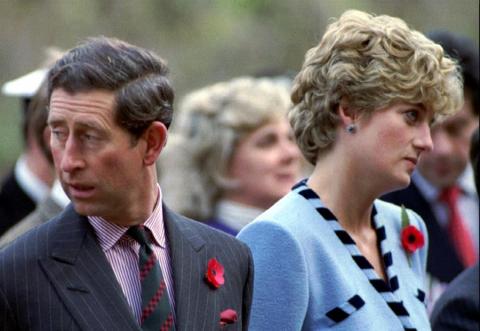 Their stinging criticism came hours after an independent inquiry found Bashir had used falsified documents to get his sensational 1995 sit-down with Diana, and that BBC leaders had failed to adequately probe how he had arranged it.
William said the deceitful way the interview was obtained had "substantially influenced" what his mother said on the air, and made "a major contribution" to the demise of his parents' relationship.
He added that the BBC's oversight failures had "contributed significantly to her fear, paranoia and isolation" in her final years.

Diana and Charles, the heir to the British throne, formally divorced in 1996. She died aged 36 in a high-speed car crash while being chased by paparazzi photographers in Paris the following year.
"It is my firm view that this Panorama programme holds no legitimacy and should never be aired again," William -- second in line to the throne -- added in a lengthy statement read in-person from Kensington Palace.
"It effectively established a false narrative which, for over a quarter of a century, has been commercialised by the BBC and others," he said, noting the narrative now "needs to be addressed".

In his own release, William's younger brother Harry said the enquiry report was "the first step towards justice and truth" but that the deceptive practices exposed were still widespread today - and had played a part in his mother's death.
"The ripple effect of a culture of exploitation and unethical practices ultimately took...