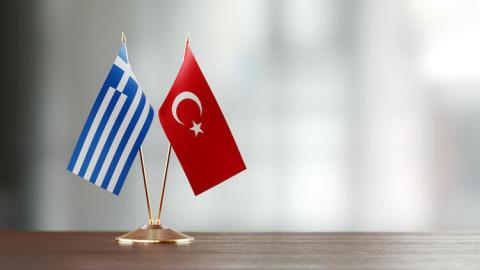 Ankara on May 22 urged Athens to end its denial of the identity of Turkish minority living in Greece.

The Turkish Foreign Ministry shared on Twitter a statement by the Western Thrace Turkish Minority Advisor Board which condemned Greek Prime Minister Kyriakos Mitsotakis' remarks at a video conference in which he called the village of Pasevik as "Pomakohoria" (Pomak village) and minority Turkish children as "Ellinopula" (Greek children).

"We see this attitude as a denial of our legitimate identity against the demands of the minority. We call on the [Greek] government to abandon such imposing policies and to be more constructive about the freedom of expression of the minority," the statement added.

The Turkish Foreign Ministry also invited Greece "to end the denial of the Turkish identity of our kinsmen living in Greece and to implement the #ECHR (European Court of Human Rights) rulings in this direction."

In a separate Twitter post, the ministry said: "It has been 31 years since Greece deprived Turkish Muslim Minority of its right to elect religious leaders in violation of international and bilateral treaties. Greece appointed officials as religious leaders against the will and clear objection of Turkish Minority."