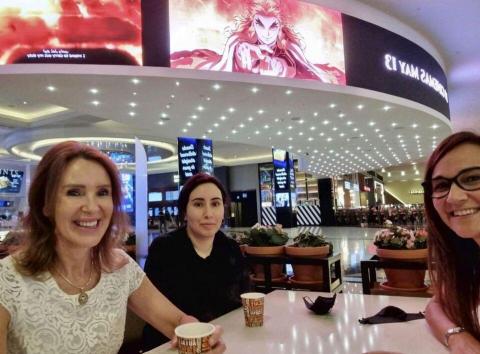 Two images of Sheikha Latifa, a daughter of the ruler of Dubai, have appeared on Instagram in recent days, three months after the BBC aired a video message in which she said she was being held captive in a barricaded villa.

The images, if verified, would mark one of the few times Latifa has been photographed in public since shortly before she mounted a failed attempt three years ago to escape her father's control by boarding a yacht to sail across the Indian Ocean.

Since then, Latifa and her supporters claim she has been held against her will on the orders of Sheikh Mohammed bin Rashid al-Maktoum, the ruler of Dubai and a vice-president of the United Arab Emirates.

The sheikh and the UAE categorically deny the accusations.

In April, U.N. rights experts demanded that the United Arab Emirates show "proof of life" for and release Latifa bint Mohammed al-Maktoum, 35, after the video aired in February by the BBC's investigative news programme Panorama.

A source close to campaigners who have lobbied for her release said that the two pictures, posted on the Instagram account of Sioned Taylor, were genuine and had been taken recently. Reuters could not independently verify whether Latifa has freedom of movement.

The first image, posted on Taylor's account on Thursday, shows Latifa outside a movie theatre inside a Dubai mall. An advertisement for a film released in Dubai on May 13 can be seen in the background.