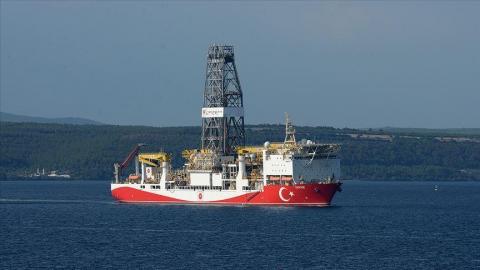 Turkey may drill more boreholes in its search for natural gas reserves in the eastern Mediterranean and the Black Sea, Energy and Natural Resources Minister Fatih Dönmez said on May 24.

Turkey has already opened eight boreholes in the eastern Mediterranean, Dönmez said during an interview with a private broadcaster, adding that while there were signs of natural gas, there had been no economically significant discovery.

"Our experts are checking data after each drill with the seismic data obtained previously. We can have several more drills close to the ones where we see signs of gas," he told private broadcaster A Haber.

"Time will tell, but we are hopeful. We estimate that there is a potential," he said.

Tensions flared between Turkey and EU members Greece and Greek Cyprus over energy resources and jurisdiction in the eastern Mediterranean in recent years.

Delivery from the Sakarya natural gas field in the Black Sea, Turkey's largest historical discovery, is expected to begin in 2023.

If the gas can be commercially extracted, the discovery could transform Turkey's dependence on Russia, Iran and Azerbaijan for energy imports.

"Our expectation is not limited to 405 billion cubic meters. We hope to add on top of that with new discoveries. Let's wait until June. We don't make any statements without certainty. The results of recent exploration works will be ready in June," Dönmez said.