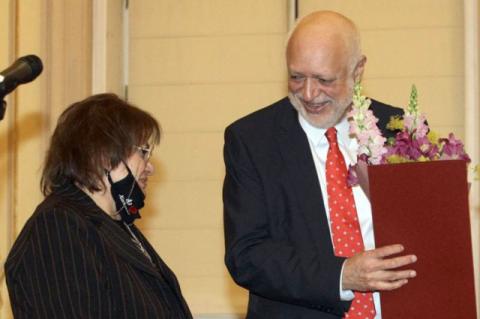 A specialized police unit will be set up to protect cultural heritage, be that movable or intangible, caretaker Minister of Culture Velislav Minekov told a briefing here on Tuesday.
The new unit will be subordinate to both the Interior Ministry and the Ministry of Culture.

Minekov has discussed the matter with the Rector of the Police Academy, where the training of the unit will begin.

It has to perform along the same lines as the similar units in France and Italy. Italy was the first country to organize and establish a specialized Unit within the military police ''Carabinieri" for the protection of cultural heritage in 1969. Both countries have promised they will help with anything they can, including exchange of specialists and programmes, Minekov said.
Minekov said that Europol data show that the exports of such valuables protected by law amount to a staggering figure.

The minister predicts a forthcoming heavy controversy regarding the law, particularly with the so-called large collectors whom he believes to threatened now.

The confiscation of [fugitive gambling tycoon] Vasil Bozhkov collection may be followed by that of the other 10 or 11 legally registered collections, he said.
The caretaker team will continue with a series of good intentions, mainly the establishment of four groups related to revisions of long criticized laws, Minekov said.