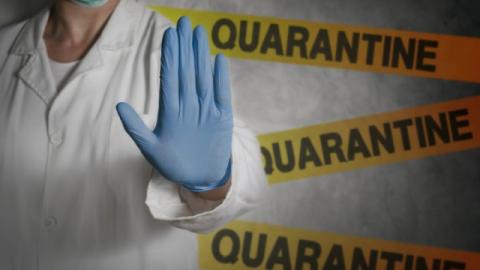 At a cabinet sitting held on May 26, Bulgaria's caretaker government decided to extend the Covid-19 epidemic declaration - which had been due to expire on May 31 - by a further two months, to July 31.

Bulgaria declared a State of Emergency on March 13, 2020 because of the Covid-19 pandemic. This continued until May 13 2020, when it was succeeded by an epidemic declaration, which has been extended repeatedly.

A government media service statement cited the European Centre for Disease Prevention and Control report for the 14-day period ending on May 9 as stating the incidence of Covid-19 in the European Union-European Economic Area as an average of 277.27 per 100 000 population.

The registered 14-day mortality for the same period was 5.56 per 100 000 population, with 11 countries exceeding this average.

"In spite of the decline observed in the incidence of Covid-19 in the country, the spread of coronavirus infection is affecting all areas," the Bulgarian government statement said.

Cases were being diagnosed in people of all ages, with mortality remaining highest among the elderly, the statement said, adding that as of May 9, Bulgaria ranked 11th in the world in 14-day mortality.

In the EU, 14.1 per cent had completed the vaccination cycle while 35.5 per cent of the population had had a single dose of vaccine against Covid-19.

The statement said that as of May 15, a total of 1 112 950 doses of vaccines had been administered in Bulgaria, with 6.3 per cent of the country's population having completed the vaccination cycle and 11.7 per cent having had a single dose.

"Increasing the number of vaccinated will help reduce the overall susceptibility...