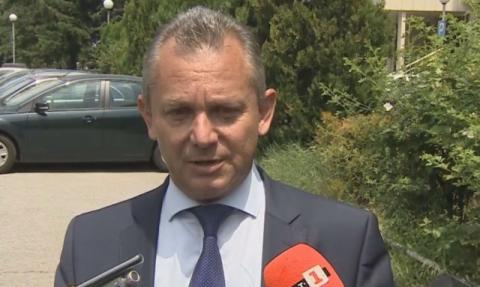 The head of state Rumen Radev signed a decree on the proposal of the Council of Ministers for the dismissal of Dimitar Georgiev from the post of chairman of the State Agency for National Security (SANS), the press office of the head of state announced.

According to the Prime Minister Stefan Yanev, with his behavior the current chairman set a precedent by damaging the prestige of the service and gave grounds to believe that he was taking politically motivated actions for a position depoliticized by law.

Georgiev himself shares the view of GERB that the idea for his replacement is due to the revealed network of Russian spies in the country.

Dimitar Georgiev has been chairman of SANS since 2015, when he was appointed by President Rosen Plevneliev.

Plamen Tonchev is a former staff member of the General Directorate for Combating Organized Crime (DGCOC) at the Ministry of Interior. He was the head of the anti-mafia detachment in Vratsa before heading the local SANS structure in 2009.

Subsequently, according to Free Europe, Tonchev was transferred to the same position in Kyustendil.