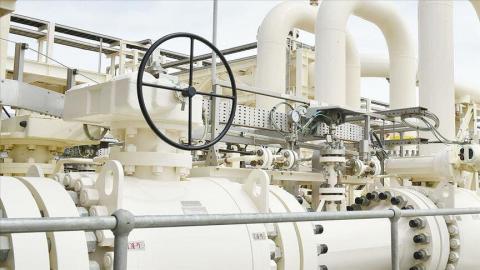 Turkey ranked as the seventh biggest gas-consuming country in the world with 47.7 billion cubic meters (bcm) of consumption last year, according to data of the Natural Gas Distribution Companies Association of Turkey (GAZBİR) on May 25.

However, Turkey's natural gas consumption grew by 6.5 percent in 2020 compared to the previous year with imports of 48 bcm, Turkey's Energy Market Regulatory data showed. Russia was the top gas supplier to Turkey, exporting 16.2 bcm, followed by Azerbaijan and Iran.

Around 30 percent of Turkish gas imports were in the form of liquefied natural gas (LNG) from several sources, including the U.S., Qatar, Norway, Algeria and Nigeria.

The growth in Turkey's natural gas consumption last year was driven by household gas usage, which increased 7 percent compared to 2019. An increase was also seen in gas usage in power plants, which took a greater share in overall power generation from the shortfall in hydroelectricity generation from draughts, particularly in the second half of the year.