Oil to be extracted from 3 wells 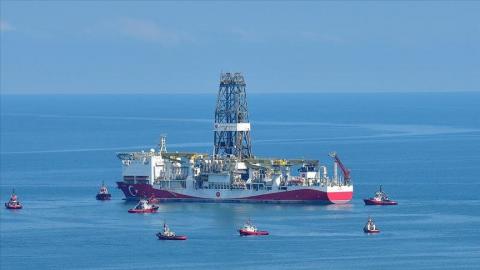 Turkey is set to extract petroleum from three newly discovered reserves in the country's southeast and northwest, the energy and natural sources minister said on May 27.

The new finds will enable the country to extract 6,800 barrels of crude oil per day, he added.

Akoba-1 and Yenişehir-1, the two oil wells in the southeastern province of Diyarbakır, have a daily production capacity of 2,800 and 3,000 barrels a day, respectively, according to Dönmez's remarks.

The capacity of the Misinli-2 well in the northwestern province of Kırklareli is estimated at 1,000 barrels per day.

Turkey's total oil imports decreased by 4 percent to 3.38 million tons in March compared to the same month of 2020, the energy watchdog announced yesterday.

Turkey imported the highest amount of oil and oil products from Iraq - 1.18 million tons. Russia and Kazakhstan followed with 660,708 tons and 434,958 tons, respectively.