Tourism with cautious optimism ahead of summer season 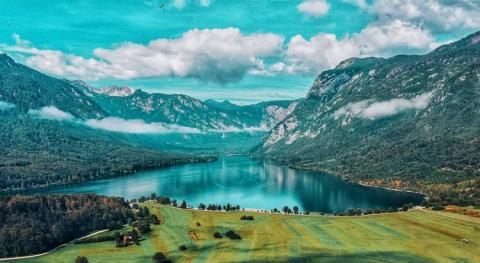 Ljubljana – Slovenian tourism providers are cautiously optimistic ahead of the summer tourism season in light of a major decline in the epidemic. Roughly half the accommodation facilities are open, whereas the bulk of the other half will welcome guests again in early June.

“We’re optimistic, but we’re talking about cautious optimism,” the head of the Slovenian Tourism Board (STO) Maja Pak told today’s press conference presenting the state of play in Slovenia’s tourism.

The STO expects a somewhat smaller number of Slovenian tourists this year compared to 2020, but still 15% above the 2019 figure. The expected total of foreign tourists is naturally still below the pre-Covid levels, but above the 2020 number.

Pak warned that these figures were just an estimation, noting that the relaunch of tourism depended on many factors, primarily the epidemiological situation, but also access to air transport and the providers’ capacity to adapt to the circumstances.

According to the Tourism and Hospitality Chamber (TGZS), almost half the accommodation facilities are open with many of those still closed planning to reopen at the start of June.

The providers are heeding or stepping up safety measures recommended by the National Institute of Public Health (NIJZ), said the TGZS head Fedja Pobegajlo, noting the importance of the Green&Safe certificate, launched by the STO last year.

He called for a prompt introduction of Covid certificates EU-wide, highlighting that the summer season would rely largely on foreign guests.

Easing of border restrictions is necessary even prior to the launch of Covid passports, he said, urging a swift passage of an emergency law to help the tourism sector and the prolonging of stimulus measures. What he deems key is to reopen the entire sector immediately.

Some 3,000 business entities out of 10,000-12,000 in tourism have not survived the crisis, he said, noting that small businesses had been hit the worst.

Both Pobegajlo and Iztok Altbauer, who heads the Association of Slovenians Spas, lauded cooperation with the STO and the Economy Ministry during the crisis. Spas are expected to reopen completely by mid-June, Altbauer said, noting that they were not transmission hotspots.

He hopes that as Slovenia enters tier green, restrictions will be significantly relaxed, “but mainly that we’ll not be forced into going through decrees […] in the Official Gazette every week to check what is actually permitted and under which conditions”.

The convention industry has been practically closed for more than 400 days, pointed out Slovenian Convention Bureau director Miha Kovačič. Currently, the sector is at some 10% of its usual capacity, he said, hopeful that autumn with an increase in business events will bring a return to normal.

The post Tourism with cautious optimism ahead of summer season appeared first on Slovenia Times.