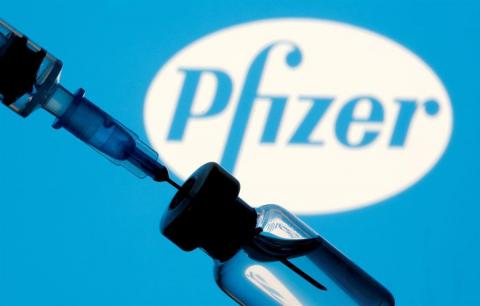 The EU's drug watchdog on May 28 approved the Pfizer/BioNTech coronavirus jab for 12 to 15-year-olds, the first vaccine to get the green light for children in the bloc.

The vaccine was "well tolerated" in adolescents and there were no "major concerns" in terms of side effects, the Amsterdam-based European Medicines Agency said.

The move will be a further boost for Europe's vaccination program, with Germany saying it will start giving the jab to children over the age of 12 from next month.

The United States and Canada have already authorized Pfizer for adolescents.

"As anticipated, the EMA's Committee for Human Medicines has today approved the use of the vaccine from Pfizer/BioNTech in adolescents from 12 to 15 years," Marco Cavaleri, the EMA's head of vaccine strategy, told a news conference.

Until now the shot made by U.S. pharmaceutical giant Pfizer and German research firm BioNTech had only been authorized by the EU for people aged 16 and older.

EU Health Commissioner Stella Kyriakides hailed it as "one step closer to ending the pandemic", but said people would still have the choice about whether their children should get the jab.
"Beyond the decisions of governments, this is ultimately a decision to be made by parents for their children," she said on Twitter.

With EU countries trying to expand their vaccination coverage, EMA chief Emer Cooke has said the regulator fast-tracked the approval, which was originally expected in June.
The watchdog insisted that it had taken the necessary steps to ensure it was safe.
Trials showed the Pfizer vaccine was "highly preventative" for Covid-19 in children, the EMA's Cavaleri said.
None of the 1,005 children who received the vaccine in a trial...