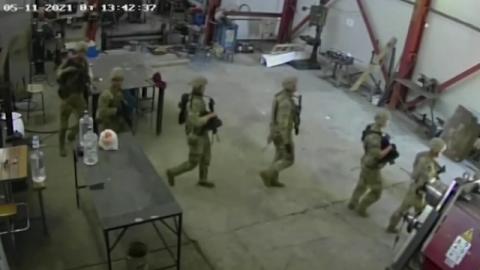 The US Embassy said in a statement on Saturday that it learned on May 28 of an incident that occurred during a military training exercise in  Cheshnegirovo (South Central Bulgaria).

"As part of Exercise  Swift Response 21, between May 10-14, U.S. soldiers assigned to  the 173rd Airborne Brigade conducted a training exercise to  simulate seizing and securing the Cheshnegirovo decommissioned airfield in Bulgaria," the Embassy said.

During the course of this exercise, soldiers simulated entering  and clearing multiple bunkers and structures across the airfield. On May 11, soldiers entered and cleared a building next to the airfield that they believed was part of the training  area, but that was occupied by Bulgarian civilians operating a  private business. No weapons were fired at any time during this interaction.

The factory is in the immediate proximity of the Air Base where a large-scale exercise was taking place.

Bulgarian Defense Minister Georgi Panayotov said at a briefing that what happened during the military exercise was an incident and an obvious misunderstanding. The incident was not made public earlier because it had not been reported, said Panayotov.

Obviously, there are people in positions of responsibility and servicemen who must be held to account. Answering a question, he said the incident had not been reported to the Military Police and the Defense Ministry's leadership. Asked if the incident had been covered up since May 11, he said: "I myself heard of it when...