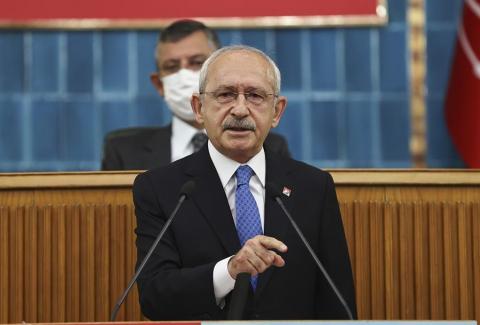 Republican People's Party (CHP) leader Kemal Kılıçdaroğlu renewed his call for snap elections in Turkey and accused President Recep Tayyip of running away from the idea of early polls.

Speaking at his party's parliamentary group meeting on June 1, Kılıçdaroğlu criticized Erdoğan for "running away" from his call for snap elections.

"Who are you running from? How come one avoids the people? If the citizens want you, you will come [to the power] again and teach me a lesson," he stated.

"There is no religious person who feeds on hatred and anger. Did you open Hagia Sophia to insult Atatürk?" Kılıçdaroğlu asked.