They can't leave the country - "An outright violation of the law" 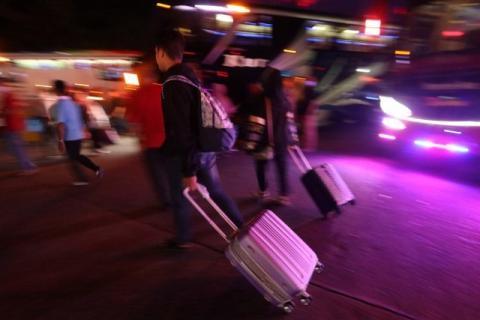 Only those who have permanent residence permits in a foreign country are allowed to leave the country. The opposition assessed it as "an absolute violation of the law".
The Belarusian border service stated in a message on the social network Telegram today that only "citizens who have a document confirming their authorization to permanently reside in a foreign country" have the right to leave Belarus.
It added that "a temporary residence permit is not a reason to travel abroad."
Belarus introduced restrictions on travel abroad in December 2020, officially due to the coronavirus pandemic. Leaving the country by land is possible at most once in six months.
"The Lukashenko regime has severely restricted the right of Belarusians to travel, arguing that certain reasons are not enough to leave Belarus," Valery Kovalevsky, a foreign affairs adviser to opposition leader Svetlana Tikhanovskaya, said on Twitter.
Kovalesky added that the Constitution does not provide any conditions for leaving the country, assessing that it is an "absolute violation of the law".
Air travel remains free, but possible destinations are limited, because the European Union has banned Belarusian planes from flying over its airspace, which is a reaction to the arrest of Minsk's opponents and the diversion of the plane they were in.
Dozens of Belarusians have fled the country in recent months, sometimes crossing the border illegally, to avoid a wave of repression since the disputed presidential election in August 2020.