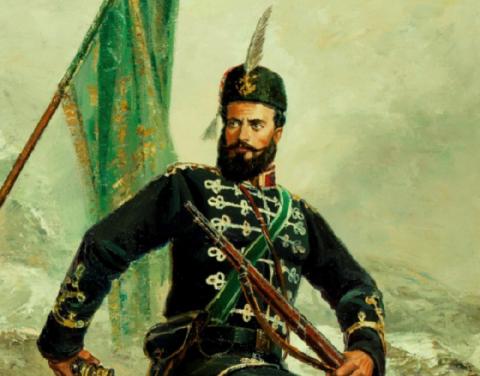 Across Bulgaria, sirens will sound for two minutes at noon on 2 June 2021 in an annual custom honouring the memory of revolutionary, poet and rebel Hristo Botev, who died in 1876 in the struggle against Ottoman rule, as well as in tribute to all who died for the freedom of Bulgaria.

The custom is that everyone should stand still and maintain two minutes of silence while the sirens sound.

Botev died at the hands of an Ottoman sharpshooter as the failed uprising of the time was coming to a close.

Born in Kalofer in 1848 and brought up in the midst of the Bulgarian national revival, Botev was educated in Kalofer and later in Odessa, in today's Ukraine.

Botev has endured in Bulgarian history as a influential literary figure, having bequeathed to the memory of his country one of the most patriotic and sentimentally-romantic poems reflecting on the life of poor and oppressed people, revolutionary struggle and unrequited love obstructed by patriotic duty.

Among some of best-loved works of his poetry are To My Mother, Elegy, Struggle, and In the Tavern.

With military honours and civic rituals we will mark the 145th anniversary of the heroic feat of Hristo Botev and those who died for the freedom of Bulgaria. In the birthplace of the revolutionary - Kalofer, the military colours of Botev's Guerilla Company will be taken out from the national museum with a military ritual. There will also be a commemoration ceremony on Mount Okolchitsa. In Sofia, the National Guard will participate in the ceremony.

Painting of most powerful Ottoman woman goes on sale