Crossing Borders: In a Belgrade Café, Codes, Cash and a Cut for the State 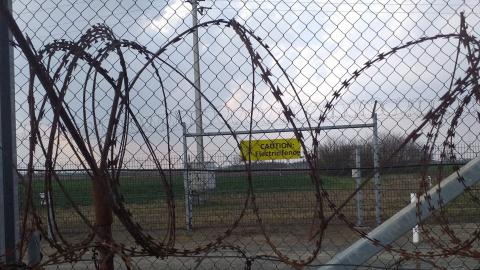 According to five sources, as well as notes seen by BIRN written by an informant of Serbia's Military Intelligence Agency, VOA, who was allegedly also involved in smuggling, the Mesopotamia is the Serbian branch of a string of 'offices' or 'banks' along the route from the Middle East to Western Europe taken by refugees and migrants fleeing war, poverty and repression.

These offices provide an essential service in what has become a multi-million euro people-smuggling industry, one in which trust is in short supply and purportedly independent third parties act as vital middlemen between desperate migrants and refugees and the often ruthless smugglers who hold the key to their successful passage to a new life in the West.

Those trying to cross the border leave payments of thousands of euros with the middlemen, who hand it over to the smugglers on proof of arrival.

"The Mesopotamia is like an office of that third party," said Abdullah, who paid 3,500 euros to cross and spoke only on condition his real name not be published.

The migrant-smuggling business in the Western Balkans is worth at least 50 million euros a year, according to a report published in May by the Geneva-based Global Initiative against Transnational Organised Crime.

This is the inside story of how it all works, revealing not only the mechanisms involved but also the apparent complicity of members of the Serbian security services.

Bordering European Union members Croatia and Hungary, Serbia is a major transit country on the migrant and refugee route. A total of 30,216 entered the country in 2019, according to the United Nations Refugee Agency, almost double the number registered in 2018.