"People from the Balkans brought coronavirus"; "That is not true". 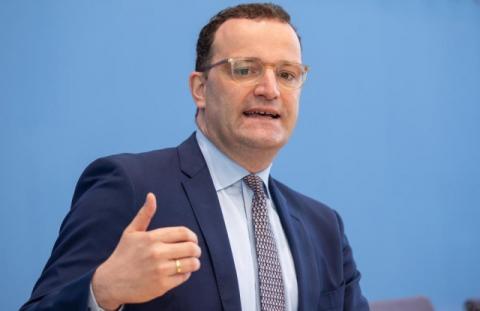 The Welt newspaper analyzed the figures in detail and refuted Spahn's conclusion. "We learned lessons from last summer," German Health Minister Jens Spahn told the tabloid Bild recently. According to him, there was a period when "about 50 percent" of new coronavirus infections were actually imported in Germany - and Spahn specifically mentioned the departure of people who live and work in Germany, and have families in the Balkans and Turkey.
Those infections, he said, contributed to the outbreak of a large second wave of the coronavirus in Germany. The statement met with condemnation. The Turkish community in Germany says that it is a matter of stigmatizing entire groups of citizens. "It is a scandal that a German minister openly puts the Balkans on the pillar of shame and thus humiliates people with migrant roots," Albanian Prime Minister Edi Rama told Bild.

The wave started only in the fall

However, Spahn's Ministry of Health remained of the same opinion. When asked by the daily Welt, they say that the minister's statement is based on two reports from the "Robert Koch" Institute. One, published in late August, analyzed where people became infected in the four striking summer weeks between July 27 and August 23 last year. The Welt newspaper has now analyzed those figures in detail.
Indeed, there were a total of 10.387 infections abroad in those weeks - more than half of them in Kosovo, Croatia and Turkey. Apart from Spain and Turkey, all the other Balkan countries are among the top ten. As the paper writes, not counting Spain and Croatia, Germans do not go on vacation to other countries en masse, so it can be assumed that these are people who live in Germany and come from Serbia and neighboring countries. But Welt journalists still...