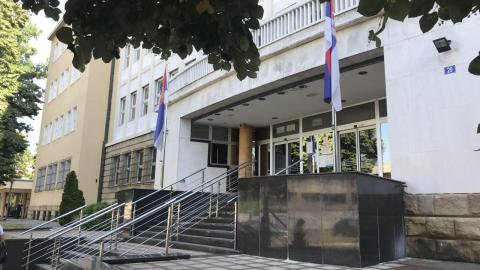 The trial of Danko Vladicic, a Bosnian Serb who is accused of the murders of Bosniak civilians Ramo and Tima Vranjaca at their home near Foca on August 18, 1992, opened at Belgrade Higher Court on Thursday.

According to the indictment, which was read out at the hearing, Vladicic entered the Vranjaca family's apartment in Brod na Drini, near Foca, "armed with a military rifle and with black cream smeared on his face" and shot the married couple dead. Their bodies have never been found.

"I was not there and I don't know what this is about," he told the court.

The indictment did not specify if he was member of any police or military unit, and Vladicic said he was not involved in any armed groups during the war.

He said he knew the Vranjaca family, that he was very close to their son Sefik and that "Tima was like a mother to me".

He claimed that everyone in his neighbourhood got along well, even when the war broke out.

"[There were] no tensions, some Muslims left [Brod na Drini], and we hung out with those who stayed," he said.

"My parents were the only Muslims left in Brod," Zdraljevic told the court.

She said she was living in Montenegro when she heard that her parents might not be safe in Brod na Drini any more.

"Indirectly, I was told to take my parents away because they would be killed, but my father was ill and weak [to move], and they thought that no one would touch them because they did not harm anyone," Zdraljevic said.

During the investigation in 2014, Zdraljevic said that Vladicic was "problematic", that "everyone was afraid of him"...