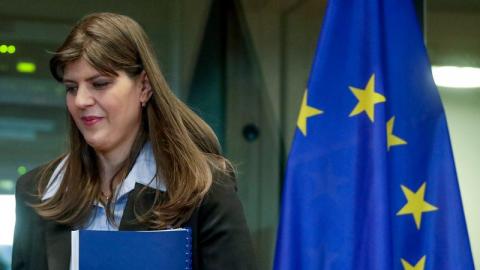 Hungary and Poland were among five countries not to join EPPO, which will be partly staffed by prosecutors sourced from participating member states. Ireland and Denmark enjoy opt-out benefits in justice and home affairs cooperation, while the European Commission says Sweden plans to join EPPO next year. Hungary and Poland will be harder to convince.

Hungarian Justice Minister Judit Varga's announcement on Facebook that Hungary would not participate in the setting up of EPPO did not come as much of a shock; Prime Minister Viktor Orban's government has indicated several times that it doesn't support the idea of having an independent body investigating corruption cases in the EU.

"It is a question of sovereignty," explained Varga, who added the government does not see any need for EPPO, since it already takes the fight against corruption seriously at a national level.

That will have raised some eyebrows in Brussels. OLAF concluded 43 investigations into Hungary's misuse of funds where it found irregularities between 2015-2019, the highest in the bloc, and recommended the European Commission recover almost 4 per cent of EU payments made to Hungary, 10 times more than the EU average.

However, Varga left the door open to closer cooperation by saying that although Hungary abstained from joining, a working agreement has already been signed between EPPO and the Hungarian Public Prosecutor's Office, which she claimed shows that Hungary is a partner in rooting out EU corruption.

There could be a swift reversal in Hungary's position next year, though. "Joining EPPO is going to be one of first things we will do in 2022," Katalin Cseh, an MEP from the opposition Renew party, wrote on Facebook, referring to an opposition victory in the general...