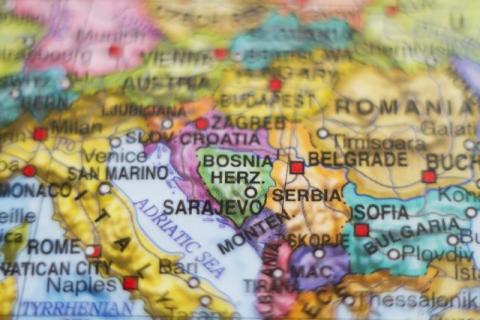 However, it was not made public because it could jeopardize international relations, writes Klix.ba.
The APA has asked the EU Council to disclose "documents of all kinds and in any language that would relate to alleged Slovenian non-paper or Slovenian border change initiatives in the Western Balkans and related discussions".
The PR service of the EU Council said that the General Secretariat of the Council "identified only one document" that meets the mentioned criteria. The EU Council published this message on its website on Thursday night, Slovenian 24UR writes.
However, after examining the case, they decided not to grant access to the document because the case is clearly one of the exceptions to the directive, according to which institutions can refuse access to documents whose disclosure would "jeopardize the public interest".
The alleged Slovenian non-paper raised a lot of dust in mid-April, both in the Balkans and in Slovenia. This unofficial document, published by the Uncensored portal, proposes a change of borders in the Western Balkans.
"The completion of the disintegration of Yugoslavia, among other things, includes ideas about the disintegration of Bosnia-Herzegovina and the unification of Kosovo and Albania," it is stated.
In the region, such ideas have been dismissed as dangerous because they could lead to new wars.
According to media reports, in preparations for Slovenia's presidency of the EU Council, Slovenian Prime Minister Janez Jansa also helped spread the idea from a non-paper, which he denied. Albanian Prime Minister Edi Rama confirmed that he saw such a document and discussed it with Jansa.