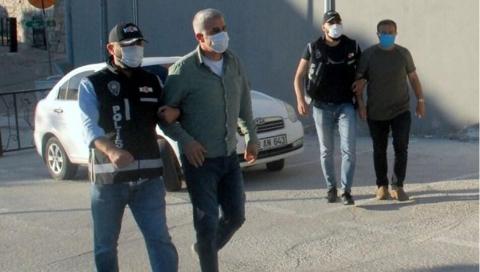 Following a statement regarding the 1996 murder of Kutlu Adalı, a prominent Turkish Cypriot journalist, Atilla Peker has been released with a judicial control measure on the charge of "helping to premeditated murder" by an Istanbul court to which he was referred to.

Following the claims of Sedat Peker, a fugitive mafia boss who has recently been making online exposés about his network's criminal acts and relations with the politics, the Istanbul Prosecutor's Office launched an investigation on June 1 into the murder of Adalı.

Sedat Peker, who is in the United Arab Emirates and has been broadcasting videos via YouTube, had claimed that he was commissioned to assassinate Adalı in 1996 by Mehmet Ağar, a former interior minister and head of the Police Department, and Korkut Eken, a former Turkish military and intelligence officer.

In the videos, Peker said he entrusted his own brother Atilla Peker and another hitman to fulfill the mission, but the assassination took place before his team could do it. He did not say who killed the prominent journalist.

After giving a statement at the Istanbul Chief Public Prosecutor's Office for four hours in line with the investigation, Atilla Peker was released by a court to which he was referred with judicial con-trol demand.

"I would like to state that I closely follow the investigation initiated by the Istanbul Anatolian Chief Public Prosecutor's Office, as well as the work of the Investigation Committee established in the Turkish Cypriot Parliament," Tatar said in his statement.

Tatar said that he called the general director of the Turkish Cypriot Police and...